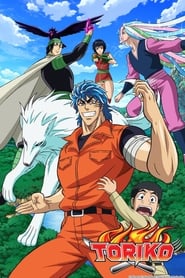 IMDb: 6.5 2011 102 views
Toriko is a Japanese manga sequence written and illustrated by Mitsutoshi Shimabukuro. It has been serialized in Weekly Shōnen Jump since May 19, ...
Action & AdventureAnimationComedySci-Fi & Fantasy